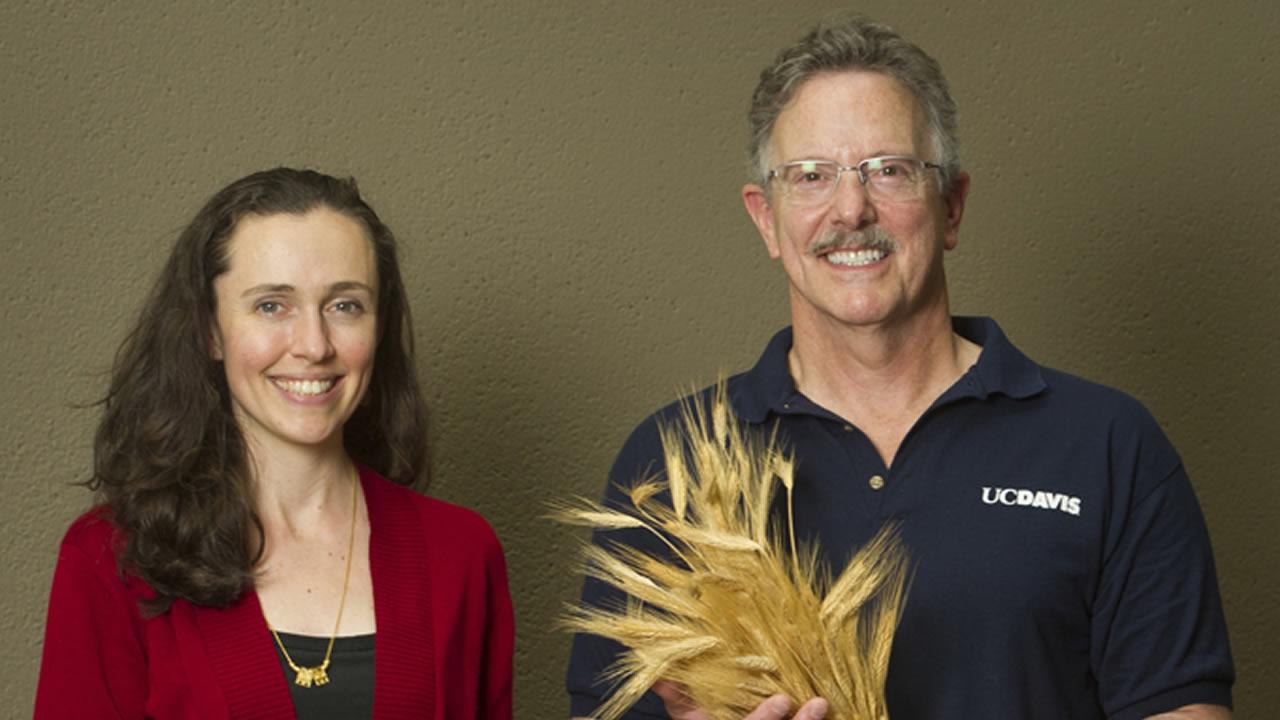 She aspires to provide nutritious food to every malnourished child; he wants to do so as efficiently as possible. Together, they and their UC Davis team and in-country collaborators have won global recognition for their proposals to help boost Haiti out of poverty.

Agricultural economist Stephen Vosti, nutritionist Reina Engle-Stone and their colleagues weighed the benefits and costs of five nutrition-focused interventions to address the dismal conditions in the tiny Caribbean nation, hampered by ineffective development policies and buffeted by devastating hurricanes that have hindered recovery from an even more deadly 2010 earthquake.

Among the 85 policy interventions proposed in May to an international gathering in the capital city of Port-au-Prince, all five UC Davis proposals were ranked among the top 20. The recommendation to fortify Haiti’s wheat flour with iron and folic acid to reduce the prevalence and consequences of micronutrient deficiencies in children and women of childbearing age rose to the No. 2 position. It followed only behind a plan to totally revamp Haiti’s electrical utility system.

“To my surprise, our proposals turned out to be some of the most cost-efficient recommendations,” Vosti said. “It was totally amazing to us and to the evaluation panel.”

A lengthy article in the June 10-16 issue of The Economist magazine reported that the wheat-flour fortification proposal had the highest benefit-to-cost ratio of any of the 85 policy interventions. The proposal has already captured the attention and commitment of Haiti’s newly elected President Jovenel Moïse.

It all started last year when Vosti was contacted by the Copenhagen Consensus Center, a non-profit think tank of economists established in Denmark and now headquartered in the United States. In the past, the organization framed its international mission very simply: If you had $75 billion with which to solve the world’s problems, how would you go about it?

The group recently began to emphasize national investment prioritization activities and two years ago focused on Bangladesh. In 2016, the group turned its attention to Haiti, where it engaged in the yearlong Haiti Priorise activity, a coordinated effort to help the nation identify “smart priorities” for its future development. Would Vosti and colleagues be game to prepare background research papers and submit potential solutions for key nutrition problems to the Priorise?

“Reina and I asked ourselves if we could possibly take on one more project,” Vosti said. “In the end, we decided we couldn’t not do it.”

For six months, Vosti and Engle-Stone teamed up with three UC Davis researchers who have expertise in nutrition and economics and with over a dozen Haitian and other international collaborators, studying the many nutrition-oriented interventions that might hold promise. They interviewed colleagues within the U.S. Agency for International Development (USAID) and other organizations already at work in Haiti, reviewed the relevant literature, and crunched the numbers to see which interventions would provide the highest return per dollar invested.

When finished, the UC Davis team submitted five detailed policy analyses to the Priorise evaluation panel. Haiti would be well advised, they said,

to consider the evidence for these interventions:

Wheat fortification would be a fairly easy endeavor in Haiti, where wheat is centrally milled and widely consumed in loaves of French bread, a popular staple food there.

By adding iron and folic acid to 95 percent of the wheat flour during the milling process, the UC Davis researchers projected that Haiti could each year prevent 140 infant deaths caused by neural-tube defects and more than 250,000 cases of anemia among women and children. Wheat fortification would cost about $5 million over a 12-year intervention period, but would generate $120 million in benefits, they calculated.

Economist Philomé Magloire, former governor of the Haitian Central Bank and a member of the Haiti Priorise review panel, liked those statistics.

“Wheat flour fortification is a very cheap intervention, involving cooperation between the government and Haitian industry to ensure that micronutrients are added at the mill,” Magloire said. “I find that there is a compelling case that fortifying a staple food product could make a significant difference to an important nutritional problem.”

“If carried out correctly in the Haitian context, this could improve the diets and health of many people and remove a significant disadvantage from a significant portion of the population,” she said.

Fortification of cereal flour has been done since the 1940s in the United States and is “not rocket science,” Vosti said. Vitamin D is added to milk to enhance calcium absorption and build strong bones; cereals and pastas are enriched with iron and folic acid to prevent iron-deficiency anemia and neural-tube defects such as spina bifida; and salt is fortified with iodine to prevent cognitive impairments in children and enlargements of the thyroid gland called goiters.

“Fortification of foods, in general, tends to be cost effective because it involves adding micronutrients to the foods people are already eating; it doesn’t require changing peoples’ behavior,” said Engle-Stone, whose research focuses on global public-health nutrition, with an emphasis on micronutrient nutrition among low-income women and young children.

Such food fortification helps to address situations in which children receive adequate calories but have diets low in micronutrients that are critical for physical growth and intellectual development.

“Thanks to successful poverty reduction strategies and new interventions such as ready-to-use therapeutic foods, or RUTFs, we are not losing so many kids to starvation now,” said Vosti, who studies the economics of nutritional interventions in developing countries. “So the focus has shifted to the millions of undernourished kids who are often not breastfed according to international guidelines and are transitioned very early to inadequate weaning foods, such just corn meal and water.”

“Most of this is hidden hunger these days,” he said. “You generally cannot see if a child is lacking in micronutrients, but micronutrient deficiencies are many times more prevalent than severe, acute malnutrition, which is quit visible.”

“We don’t really know all of the long-term relationships between nutrient deficiencies and physical, cognitive and behavioral development,” Engle-Stone said.  “We are just scratching the surface in that area.”

Exhilarated by the positive reception their papers received in the international arena, the UC Davis research team is ready to step back and hand off their analyses to Haitian officials and aid organizations that are well positioned to implement them.

They have been contacted by the Copenhagen Consensus Center, eager to discuss the wheat flour fortification proposal in further depth, as well as by USAID collaborators in Haiti.

“We wanted to find out what needs to be done to keep the wind in the sails of our collaborators who are working in Haiti,” Vosti said. “Now we hope they will take the wheat fortification analysis and run with it”

“This was the first time in my life that a research effort has the potential to have such a swift and catalytic impact, perhaps affecting millions of people in Haiti,” he said.

Meanwhile, he and Engle-Stone have already been contacted by donor agencies and nongovernmental organizations active in nutrition program implementation in several developing countries, suggesting that they do similar nutritional policy analyses.

“We just may join them,” Vosti said.

After all, how could they not?