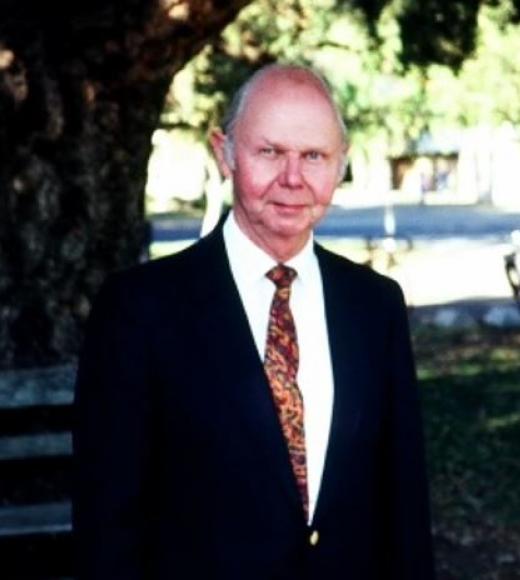 Professor Hill was a pioneer in the field of nutrition, one of the first to study the interaction of carbohydrates, fats and amino acids as energy sources in the body. He studied comparative nutrition, researching how different animal species utilize the major dietary components as energy sources. Hill's initial research focused on the nutritional requirements of poultry, including pioneering work on food composition as it relates to poultry production and growth.  Dr. Hill served as the founding chair of the department of nutrition at UC Davis from 1967-1972. He also served as editor of the Journal of Nutrition, the official journal of the American Society for Nutritional Sciences.

"Professor Hill's vision for the nutrition department was based on building bridges between nutrition and medicine for the improvement of human health," said nutrition professor Andy Clifford, Hill's colleague and longtime friend.

Hill was dedicated to making food more nutritious and was keenly interested in using his research to alleviate world hunger, telling United Press International in 1981 "The simple answer is yes, the world has the capacity to feed itself, but it does not currently use that capacity very effectively ... We can certainly be helpful in creating the research approach and the informational base."

Hill toured Southeast Asia, India and Bangladesh, and served as a scientific adviser to the U.S. Department of Agriculture and the U.S. Food and Drug Administration. As associate dean for research and international programs at UC Davis in the late 1970s, Hill oversaw a $15 million program to improve farming techniques in more than 600 miles of the Nile River Delta in Egypt. Hill negotiated the agreement with the U.S. Agency for International Development.

"He was a great teacher, mentor, colleague and friend who will be missed," said nutrition professor Robert Rucker. "Fred Hill was a capable administrator and excellent communicator. His strength was his ability to articulate the science of nutrition in the context of human medicine. His early efforts and leadership provided a base from which the UC Davis nutrition department evolved to become one of the best in the nation."

Hill taught animal nutrition at Cornell for 11 years before arriving at UC Davis in 1959 as a professor and chair of poultry husbandry. In 1966, Hill became professor of nutrition and the first chairman of the department. He also served as associate dean of the College of Agricultural and Environmental Sciences. He retired from UC Davis in 1989.

Professor Hill traveled extensively throughout his career and into retirement, according to his daughter, Linda Hill. She noted that he loved to travel and to keep in contact with colleagues and former students now living in various countries around the world.  He was also an avid golfer and a charter member of the El Macero Country Club near Davis.