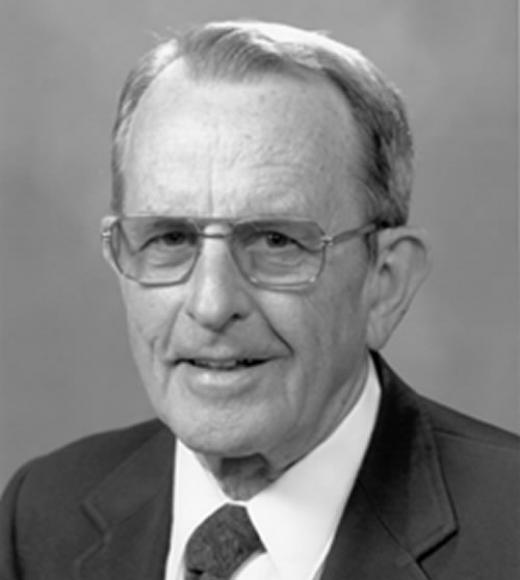 William C. (Bill) Weir grew up on a sheep ranch in Lakeview, Oregon and obtained a B.S. in Animal Husbandry and Range Science at Oregon State University in 1940. He then moved to Madison, Wisconsin where he completed his M.S. (1941) and Ph.D. (1948) degrees at the University of Wisconsin. His graduate studies were interrupted by 4 years in the U.S. Army, where he served as a captain with the 776th Tank Destroyer Battalion. His decorations included a Silver Star, a Bronze Star, and a Purple Heart. When he returned to Madison after the War, he married Elizabeth (Betty) Riley, whom he had met during his Masters studies.

Dr. Weir joined the faculty of the Animal Husbandry Department at U.C.D. in 1948. He built a reputation as an outstanding teacher and advisor. His research field was sheep nutrition, and he recognized early the need for better range research facilities. This led to his playing a key role in the University's acquisition of the Hopland Field Station in 1951. He conducted research there for over 20 years, including his involvement in development and evaluation of the esophageal fistula technique for measuring range forage intake, and classical studies on supplementing animals grazing on dry annual range forage. For many years he served on the N.R.C. Committee on Nutrient Requirements of Sheep.

Professor Weir had an exemplary record of service to the University: Dean of Students (1956, 1958-1965), including a period as Dean of Women; Chief-of-Party for the U.C.-University of Chile Cooperative Program (1970-1972); Chairman of the Department of Nutrition (1973-1981); Associate Director of the Small Ruminent C.R.S.P. (1981-1987); Associate Dean for International Programs for U.C.D. (1985-1990). In addition he worked under a Fulbright grant in Perth, Australia from 1965-1966. Bill retired in 1990, but continued to be active in the Department of Animal Science, serving as chairman of the Memorial Fund Committee for several years.

Many honors came his way: in 1965 he was awarded honorary life membership in A.S.U.C.D.; the California Wool Growers Association presented him with their Golden Fleece Award in 1973; there were citations from the University of Chile's Animal Production Department (1972) and the Faculty of Veterinary Medicine (1978); and "Recognition of Distinguished Service" from the College of Agricultural and Environmental Sciences at U.C.D. in 1980. Bill was an active member of the Davis Rotary Club and a long-time member of St. James Catholic Church.