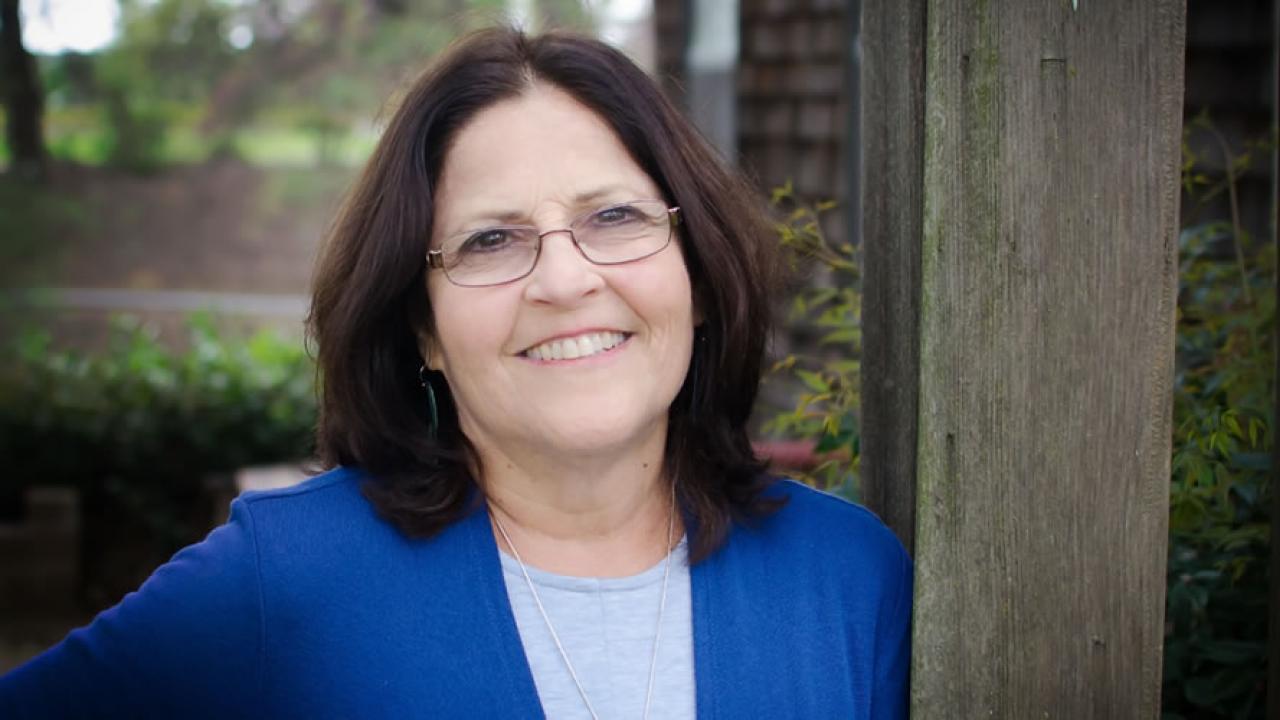 Congratulations to Cooperative Extension Specialist Dr. Sheri Zidenberg-Cherr, who has been selected for the 2017 Academic Federation Award for Excellence in Research. This award recognizes Dr. Zidenberg-Cherr's entire body of work, which has been instrumental in the development of nutrition education curricula, multicomponent interventions, and nutrition education competencies benefiting students, teachers, and school nutrition professionals in the state of California and beyond. The award will be presented at an awards reception in May.

Since joining the department in 1992 Dr. Zidenberg-Cherr has published over 90 papers and developed 7 nutrition education preK-12 curricula, 20 nutrition curricula for school nutrition professionals, numerous webinars and nutrition fact sheets for lay public and professionals. Her initial research was focused on a characterization of the frequency of lead toxicity in young Californian children. Sheri's team documented that there is an unacceptably high incidence of this health problem. Her basic research in this area was translated into informative workshops that enabled UCCE to extend the science-based information about lead toxicity to the public. Importantly, Dr. Zidenberg-Cherr provided evidence that a significant contributor to the risk for lead toxicity was iron deficiency anemia. She also made the observation that the typical diet of a high proportion of young children in California was of marginal quality.

As a consequence of the above, Dr. Zidenberg-Cherr shifted her research focus to one that was aimed at the development and testing, of educational programs aimed at improving the nutritional choices of young children and their families. For the past two decades Dr. Zidenberg-Cherr's group has conducted pioneering studies in the area of nutritional education, particularly with respect to young school children. Illustrative of the statewide impact of Dr. Zidenberg-Cherr's program is the observation that her work was instrumental in the development of the 2011 Nutrition Education Resource Guide that was produced by the California Department of Education. This guide provides a foundation for nutrition education competencies for K-12 schools throughout the state. In March 2013, the above work and guidelines were presented by invitation at a National Academy of Sciences, Institute of Medicine meeting on Nutrition Education in Washington, DC. Thus Dr. Zidenberg-Cherr's work is without question influencing K-12 nutrition education throughout the country.

Dr. Zidenberg-Cherr's most recent efforts in childhood nutrition and obesity prevention have resulted in the development of novel nutrition education curriculum targeted to K-12 schools; and this work is the primary basis for the current award nomination. During the past six years Dr. Zidenberg-Cherr has published 17 papers describing her recent work in this area, and another 3 papers are currently under review. During the same period she was very successful very successful in obtaining significant amounts of highly competitive intramural, as well as extramural funding (over $3,000,000).

A noteworthy example of the type of educational programs Dr. Zidenberg-Cherr's group has developed is entitled "Nutrition to Grow On". This pre K-12 program, initially developed by her group over ten years ago, has been constantly updated and is currently used throughout the State. In general, the program is based on a food systems approach in which the children are introduced to different foods, and how they are grown and produced. Underscoring the impact of her work in this area is the observation that her work in this area during the period under review was cited by the Institute of Medicine's Committee on "Progress in Preventing Childhood Obesity" as forward thinking and novel. Similarly, the National Cancer Institute currently posts components of her teaching curriculum on one of their websites as examples of successful programs. The above action by the National Cancer Institute underscores the fact that not only is Dr. Zidenberg-Cherr's work being viewed as novel, but also equally important, it is viewed as being appropriately research tested. Conceptually, this represents a major advancement in the teaching of nutrition in primary and secondary schools.

"They say it takes a whole village to raise a child - that's really what is required to improve children's nutrition," says Zidenberg-Cherr. "We want children to realize that it feels better to eat healthier foods and to exercise. We want to give them the tools to make changes for life. Simply changing the food selection at schools and forcing kids to eat it is not enough."

A critical component of many of Dr. Zidenberg-Cherr's programs is the use of school gardens; she is recognized as being a leader in the use of school gardens to teach nutrition and as a means for introducing children to novel fruits and vegetables. Her efforts in this area have been well published. Dr. Zidenberg-Cherr's work on the development of nutrition education programs is recognized not only for its originality with respect to the development of the programs per se, but most importantly her group is one of the few in the field that have rigorously tested the actual impact of the programs on the eating habits of the children exposed to them, again publishing multiple papers in the area. Complementing the above, in addition to studying the impact of the educational programs on the dietary habits of children, Dr. Zidenberg-Cherr's group has been exploring the functional consequences on these measured dietary changes on the actual health status of children in the programs. A striking example of the above is her groups pioneering work in the use of skin carotenoid measurements as a means of validating reported changes in a child's intake of fruits and vegetables; her group has recently published two key papers on this topic. In a similar vein, her group recently reported on the impact of the nutrition educations on sustained changes in BMI in young children.

As a complement to her work on the impact of nutrition education programs on the nutrition knowledge and health of young children, during the past six years Dr. Zidenberg-Cherr has published a series of papers on the types of barriers that can be present in school systems that can complicate the establishment of educational programs in the area of nutrition. Similar to her studies on the health changes of children who are enrolled in nutrition education programs, the work described in these papers paper represents a blend of practical and applied research that is too often missing in the field.

Most recently Dr. Zidenberg-Cherr's group has been responsible for spearheading a new research/educational program entitled "Shaping Healthy Choices". This effort is a school-based multicomponent intervention program aimed at reducing the incidence of childhood obesity. This successful program has now been adopted for use by the UC CalFresh program in over 17 counties in the State, providing broad reach to many low-income and underserved children and families. This program is an excellent example of how Dr. Zidenberg-Cherr works to develop statewide partnerships that includes several University of California ANR campus and county academics, UCD School of Nursing, multiple state agencies, K-12 school administration, teachers and staff, as well as academics from outside of the UC System.